While Curiosity recently shared the latest of several selfies it has captured over the years, NASA’s Mars Perseverance rover was not to be outdone, and in its first-ever selfie, it decided to share the spotlight with the Ingenuity drone.

As Digital Trends reports, Perseverance took the selfie with the Ingenuity helicopter drone which is about 13 feet away from the body of the rover. Perseverance captured the picture by using one of its robotic arms. The picture was created from 62 images taken by Perseverance’s WATSON (Wide Angle Topographic Sensor for Operations and eNgineering) camera on the SHERLOC (Scanning Habitable Environments with Raman and Luminescence for Organics and Chemicals) instrument, located at the end of the rover’s robotic arm. In this case, think of that long arm as a selfie stick. 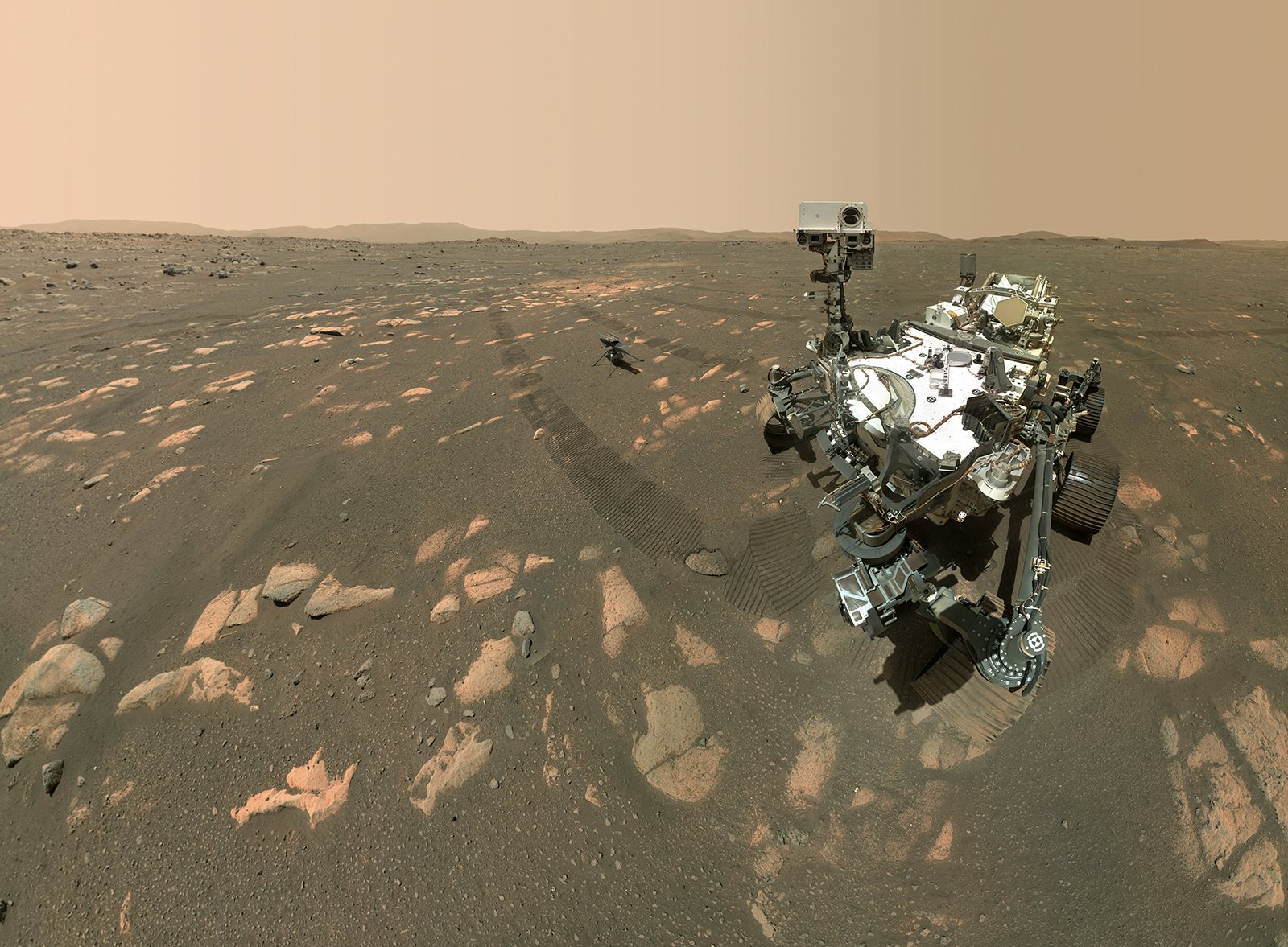 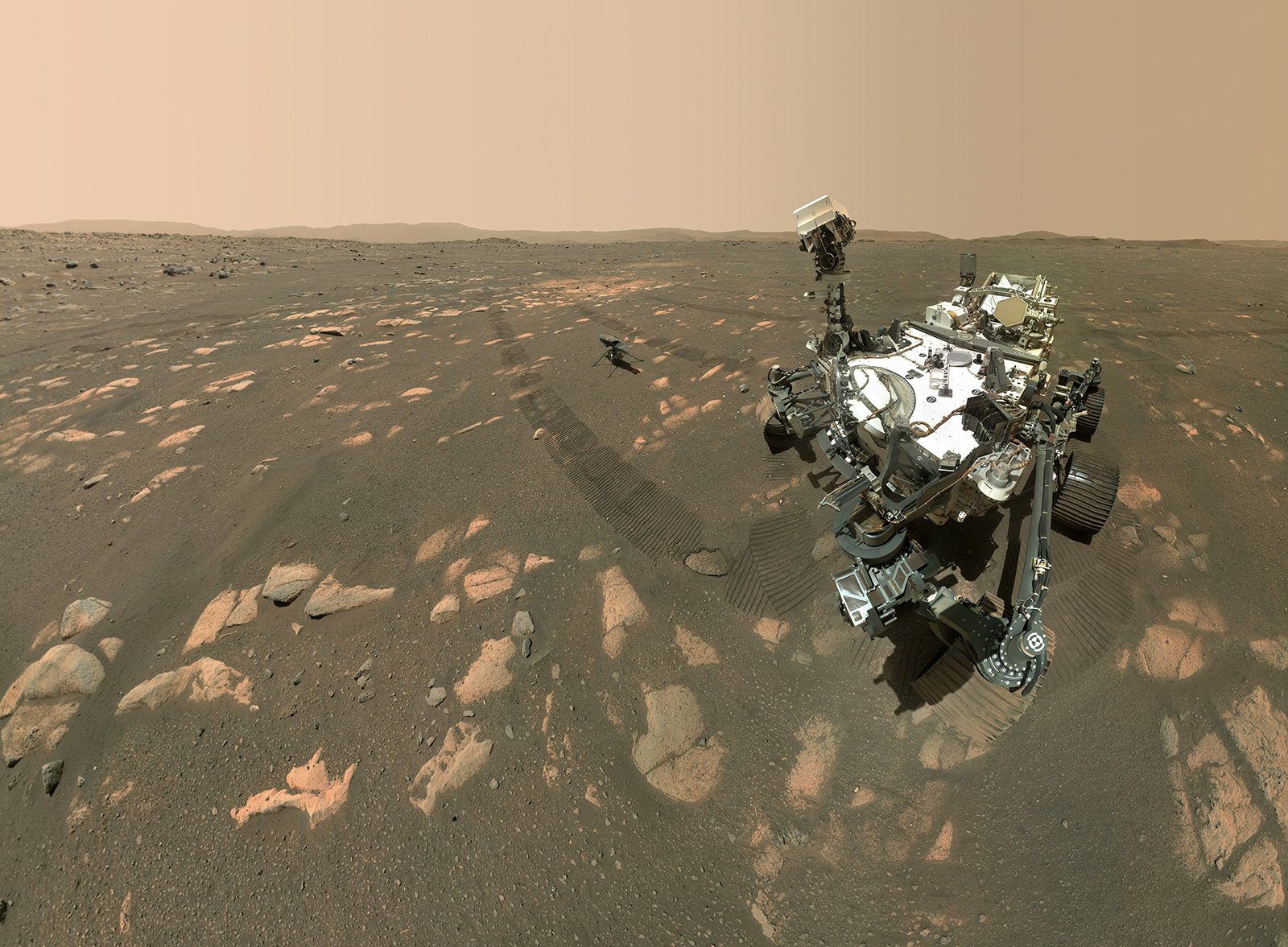 To give an idea of how large the two photos are, NASA shared this up-close crop of the selfie that is 4180 x 2350 pixels in size, just a small portion of the giant 12,341 x 9,076 pixel full image. The full resolution files can be downloaded here. 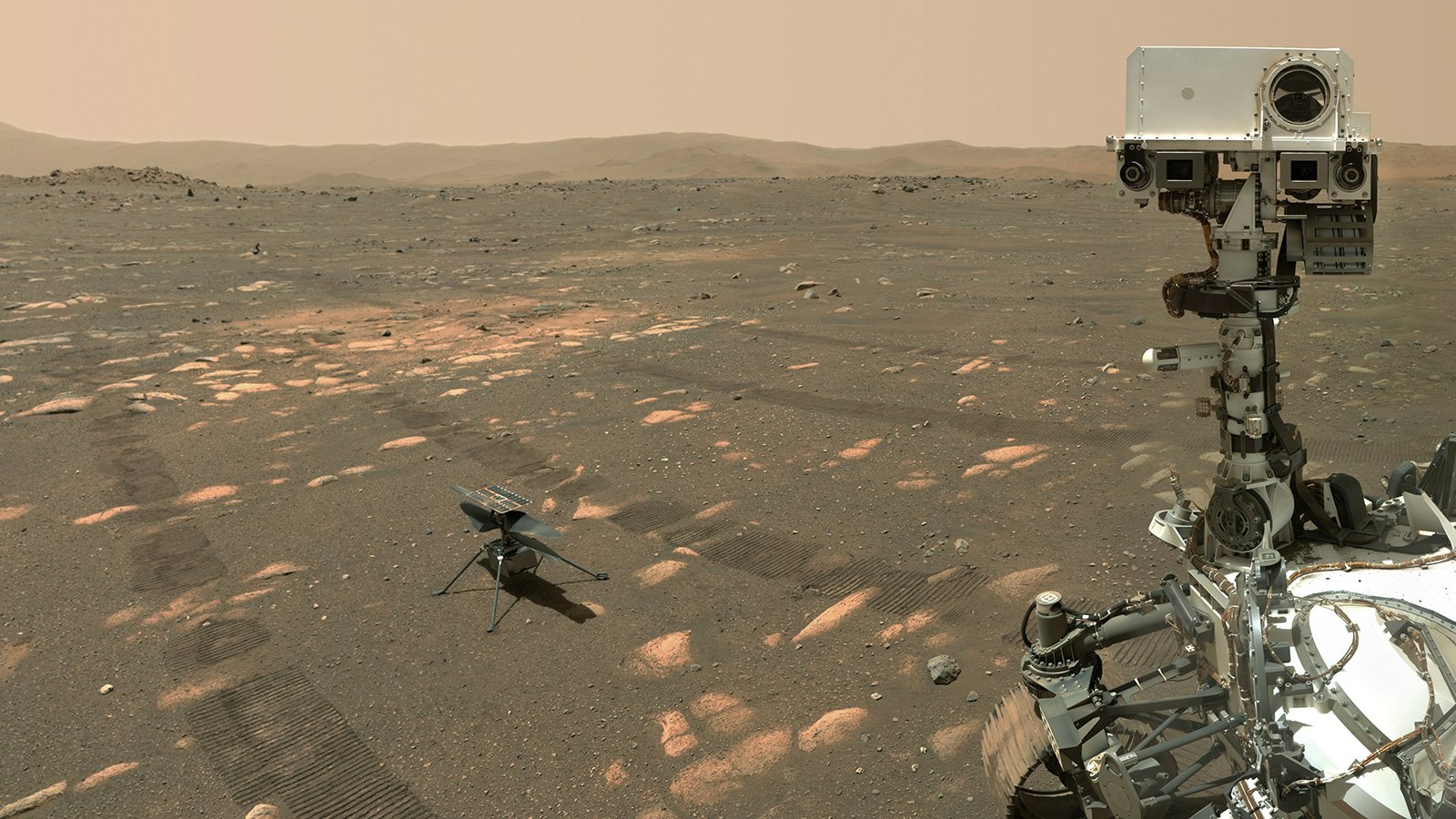 In addition to the still frames above, NASA also put together a gif to show how the Perseverance rover’s “head” moved back and forth between looking at Ingenuity and into the lens of the selfie camera.

Two bots, one selfie. Greetings from Jezero Crater, where I’ve taken my first selfie of the mission. I’m also watching the #MarsHelicopter Ingenuity as it gets ready for its first flight in a few days. Daring mighty things indeed.

If it is hard to picture how NASA’s rovers take selfies, the organization has explained that in detail here as well as in the videos below.

These new selfie photos come after Perseverance successfully deployed Ingenuity from its position under the rover in advance of a test flight that is scheduled to take place early this month. Before this stage, Perseverance first had to drive to the “airfield” where Ingenuity would be dropped off so that it could charge its solar-powered battery.

Now that it has been deployed, it has 30 Martian days (31 Earth days) to conduct its test flights.

As can be imagined, flying a camera drone on Mars is no easy task. According to NASA, not only does the Red Planet have less gravity than Earth (about one-third the amount), the atmosphere is just 1% as dense. For more on what NASA is doing ahead of that monumental task, check out PetaPixel’s earlier coverage here.

Is the Mostly-Ignored Amazon Photos a Good Google Photos Replacement?

The Best Mirrorless Cameras in 2021

Helmet technology has come a long way since the leatherhead days of football. Today, materials science is driving a revolution

The Best Health and Fitness Gadgets for 2021